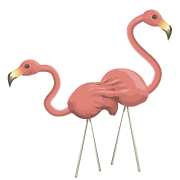 We're making the world a little bright Ur.

Children of Ur is a 2D browser-based game in the early stages of development. It's a social multiplayer set in a big world where you play with your friends. We're building the game from the ground up, and you may encounter bugs while playing. Updates are posted weekly, if not daily.

There's a lot more to come! Watch out for more updates in the near future, and check out our current features.

We stand on the shoulders of Giants.

This game is a spinoff to Glitch™ the Game, which ran during 2009-2012, but eventually closed due to lack of funding. The developers of the game, Tiny Speck Inc., released much of the code and art assets from the game into public domain. As such, we are recreating the world of Glitch, and have plans to expand the original universe.

Designed in the spirit of the open web.

So just how are we making the game? We are building the game in open technologies, very much in the spirit of the web. Most of the code so far is written in Dart, a newer web programming language created by Google. All of the technologies we are using are based in HTML5, a web standard promoting accessibility and mobility. In doing so, we can create the code for free, you can play in almost any browser (including many mobile browsers), and you'll never need to download anything to play. 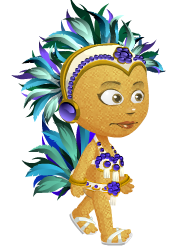 Want to help out?

Knowledge of Dart (or a willingness to learn, we can help) as well as a basic understanding of HTML and CSS is suggested to help out with the game itself, but you can also help with art & assets (Inkscape), website design (HTML, CSS), etc.

Don't know how to program? Continue playing and reporting bugs, or become a guide!